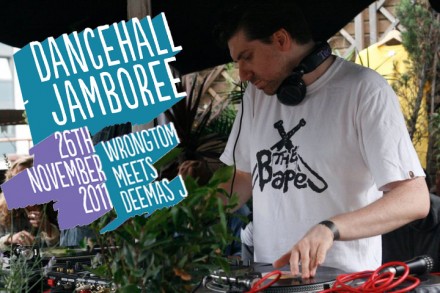 Wrongtom, the South London producer who has worked with Roots Manuva, Hard- Fi and others is about to release an album with former Labyrinth resident Deemas J. Their forthcoming LP sees Deemas J return to his early 80’s and 90’s dancehall style with an added touch of his famed junglist style. Wrongtom has travelled the world dj’ing from Southampton to Shanghai and earlier this summer played a storming dancehall set on the roof of the Big Chill house at the Shimmy Shimmy and Physically Fit party. We can’t wait to see what the pair have in store for us at Dancehall Jamboree, if Crime Times is anything to go by, we are definitely in for a treat! Wrongtom and Deemas J will be debuting Crime Times along with some more tracks from the forthcoming Wrongtom meets Deemas J album on November 26th.