We have been playing Kling Klang Riddim for a good few months now – our World Carnival #3 mix opened with Champion Bubbler and the riddim produced by Dre Skull was one of our top tunes of 2012 and the soundtrack to our World Carnival party video. The video for Popcaan’s cut So We Do It dropped two weeks ago and Tifa’s Champion Bubbler video dropped yesterday and boy were they worth waiting for! They were both directed by Andrew Capper on location in Jamaica and they are some of the best dancehall videos we have seen for some time – the Popcaan one is so good that Kazabon was worried about Popcaan’s safety! You can read more about Andy Capper’s work and his recent projects with Dre Skull in this interview by Suze Webb over on the Mixpak blog.

The World Boss may be locked up but his music keeps on giving. The Deluxe Edition of Kingston Story was released last week on CD and vinyl by Mixpak in association with Vice, and the latest single from the Dre Skull produced album also gets the Vice treatment with this video for My Crew. The video and tune go hand in hand with Vybz’s street anthem soundtracking images of the Portmore and street life in the Gaza City.

HDD DJs at Bless May 12th 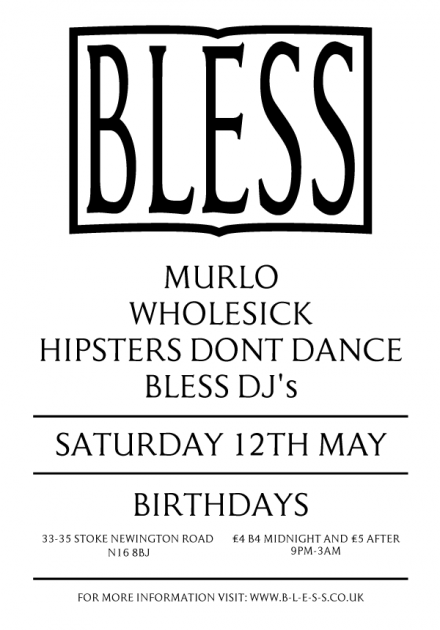 From the guys who brought you some of London’s best nights through their Off Modern and Roadblock projects comes a new night called Bless at Vice’s new Dalston venue Birthdays.  We are blessed to be joining Tight Knit Music family members Murlo and Whole Sick and Bless DJs Mangno and Tomfoolery at Bless’ first party.