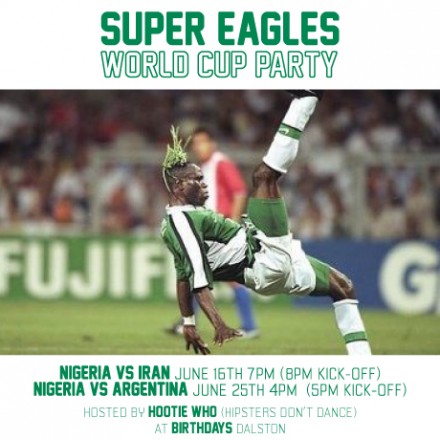 Tonight is the beginning of 3 weeks where i will lose my mind and gorge on a feast of football. As a kid that changed schools often, football was one of my only constants. That being said it’s an irrational love but it’s a love. So what better way than connecting that love than with my other great love which is music. So here is my top 3 football related songs in time for the kick off tonight. Also you can catch me at Birthdays hosting 2/3 of Nigeria’s World cup games, which will include me playing Nigeria music and more an hour before.

From the 2006 World Cup, Dempsey announced himself on the world in the best way possible. Combining his Texas roots and football becoming more fully recognised as a minority sport, Dempsey teams up with Big Hawk an Xo on this dirty south cut. Whilst Klinsmann is doing an even better job of recruiting all sorts of Americans for the current team, this definitely helped pave the way.

Back in 1998, the Jamaican team qualified for the World Cup. The team featured many players that i recognised from the Premiership at the time. Their shirt was instantly recognisable but they also had 1 of the best songs of all time. The OG has the player singing along which is always fun but the remix by Tuff Jam is fantastic. A great garage stormer that definitely play out in the clubs still. In doing research for this post i just found out that there was another anthem which includes Toots Hibbert, Diana King, Ziggy Marley, Maxi Priest, Ini Kamoze, Shaggy, I-Trees, Buju Banton, Tony Rebel and more.

Granted this isn’t a World Cup song, its a remix to a song which pays homage to the 1996 Olympic winning Nigeria team. Its actually really good and features Dagrin, Vector, Naeto C, Shasha and GT. Those triumphant horns are great to hear.

Sometimes you get the right hybrid of a catchy pop song with memorable lyrics and an incredible message. The second single off Kendrick’s Interscope debut is a banger. 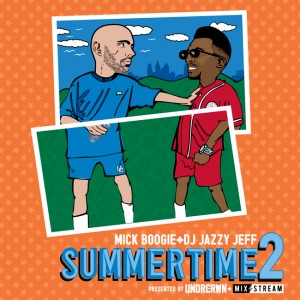 The guys are back for their second instalment of their summertime mix series. I really don’t think i have to add anymore but i will, the way the guys manage to incorporate the samples without getting cheesy is great but the selection is even better.

PS We ( Kazabon and I) argue whether or not Summertime is played out. She says that it is, the fault she feels lays with music tv channels and lazy dj’s. I didn’t grow up with sky so i don’t share that view and (whisper it quietly) i love the remix even more. This non music tv channel childhood vs music channel growing up is intriguing and something we will be exploring in another post.

Not normally something that we would play at HDD but none the less i felt the video needed to be posted. I went to Vegas in January for a wedding and was immediately struck by how much of a fairytale the place is. These massive expensive gorgeous buildings built in the middle of the desert. It really doesn’t make any sense but none the less it is amazing. The Cosmopolitan Hotel is one of my favourite buildings in the whole world.

One thing that caught my eye was the horrendous dichotomy between these buildings and the small rather dowdy buildings across the road. It offered a glimpse of what Vegas is like for it’s actual citizens. The video only touches on it but it was something that i began to think about.