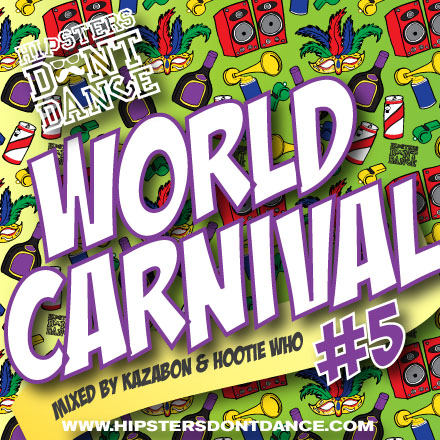 It’s almost time for Notting Hill Carnival which means it’s time for another World Carnival mix. The fifth mix in our World Carnival series celebrates carnival sounds from around the world, with tunes hailing from the UK, Trinidad, Jamaica, Nigeria and Ghana. The result being a flow between genres in a way that replicates what we feel is the perfect carnival experience. With the streets of Notting Hill Carnival calling us we thought we should include some songs that will be booming out of Soundsystems and the end of this month. Stream or download below and get ready for our World Carnival party on Saturday August 24th. 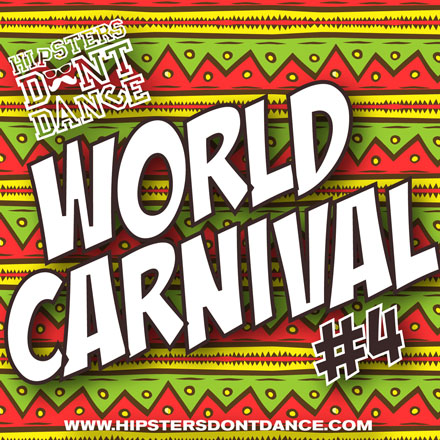 Like the other mixes in our World Carnival series the fourth mix celebrates carnival sounds from around the world, with tunes hailing from the UK, Trinidad, Jamaica, Nigeria and South Africa. The result being a flow between genres in way that replicates what we felt is the perfect carnival experience. With Soca Season in full swing we have sprinkled in some of our favourites from this year’s carnival offerings and there are also refixes from us and our HDD residents Murlo and The Large too! 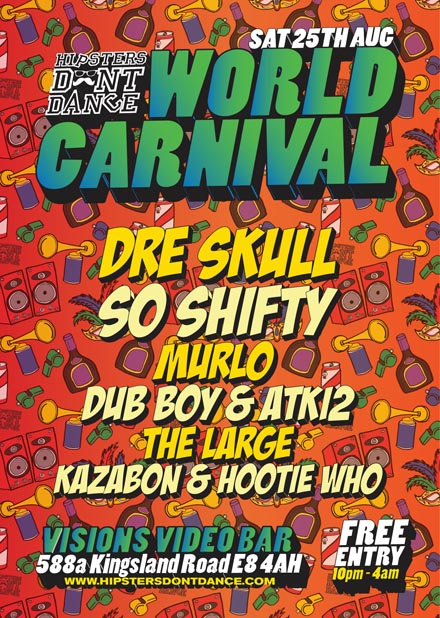 Rebello x Thru The Window

We appreciate new talent here at HDD HQ so when up-and-coming London producer Rebello sent us some of his tunes we just had to post our favourite. Thru The Window is a tropical riddim inspired by London’s underground music scenes and features a sample we are pretty sure you will recognise. You can download the Thru The Window here . Hear more from Rebello on Soundcloud or on his Bandcamp –  Recognise is another HDD favourite from this young London producer. 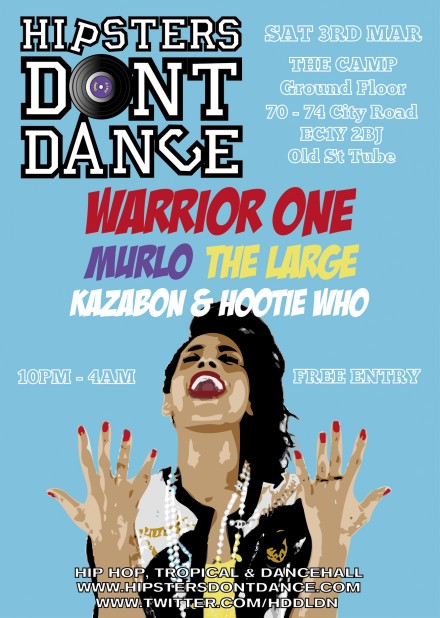 On March 3rd we are back at C.A.M.P. for our monthly residency. This time we are joined by one of the leading lights of Tropical bass music Warrior One. We were lucky to have Warrior One christen our first ever event at the C.A.M.P. back in September 2010. Since then he has gone on to release records labels such as Black Butter, King Pigeon and Mixpak and work with the likes of Serocee, Lady Chann and Durrty Goodz. His latest track Fyah featuring Ayah (which you can listen to below). We are very lucky to have him joining us and can’t wait for his storming set.

Also on the night we will have residents Murlo (Pollinate/ Mixpak), The Large (Shimmy Shimmy) and HDD DJ’s Kazabon & Hootie Who bringing you those winter carnival vibes. So expect soca, azonto, naija pop, SA house alongside the usual hip hop, tropical and dancehall.