Two of soca’s biggest stars Bunji Garlin and Machel Montano have collaborated to give us the amazing Buss Head and the video has just dropped (You may recognise this one from our Fact Mix). The pair were formerly rivals so this tune is a very big deal!

Not only is this a great tune but it also carries a big message. In Bunji’s words “This song and video was made to showcase the beautiful culture of our Twin Island, an aspect rarely seen by the outside world” . It was inspired by the ancient martial art Kalinda which came to Trinidad from West Africa. In 1884 the Kalinda stickfighters defeated a British contingent who tried to abolish Carnival on the island. Bunji feels “It translates into my story and your story and everyone’s story, because we all have that battle to face to save something.”

Read more about the video over on The Fader.

This is so so good, we have been playing it on our show for a while now. We even had the guys on the show and had a little chat about it. At the risk of repeating ourselves we appreciate the subtly in the song, the guys have many strings to their bow and this is one we haven’t heard as much before.

It’s what you get when you put the stellar song writing of Soca with an almost deep house vibe. It’s wistful and dancey at the same time which is basically all the best dance songs.

A dumb little note the video, follows a man through the streets of Trinidad, which reminds us of Jillionaire short lived youtube tv show where he interviewed drunk people. The song is coming out on Jillionaire’s label, Feel Up Records. 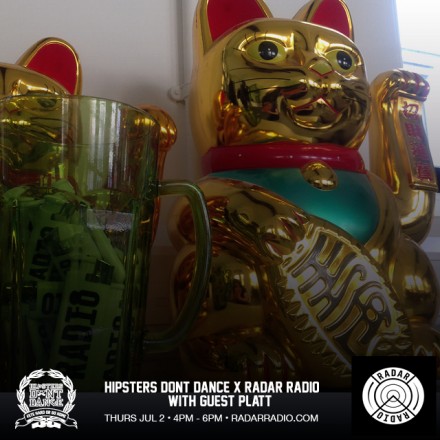 Last Thursday we returned to London’s own Radar Radio and had the one and only Platt of Swing Ting join us in studio. His 30 minute mix is filled with a ton of gooies and exclusives.

It truly is the Summer of Ricky, this new riddim blends soca and dancehall so well that you wish more folks tried 105bpm more often. Ricky pulled together a great cast of singers to compliment the riddim as well. Gyptian, Kes and the queen known as Zoelah all add their various styles to the riddim. The video above shows Blaze going through his thought process behind the whole thing.

A collaboration that we would have dreamed of but never thought would happen. One of our favourite R and B stars teams up with Skinny Fabulous for a collab that works oh so well. The riddim suits both of them so well, Jeremih in his laid back r and b guise and Skinny Fabulous and his 100 mile per hour delivery. Also need to point out how good the riddim is, simple but infectious.