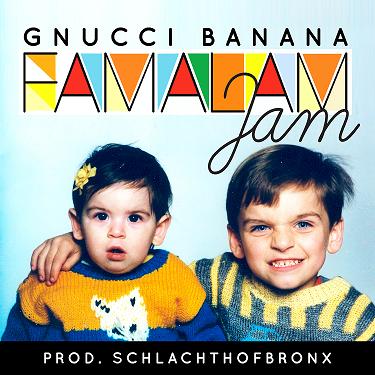 The femme fatale of Sweden is back with a killer catchy jam with a song that screams hang out with you family and friends. It reminds me of another great song Kid Sister’s Family reunion. Produced by SCB it’s a great song perfect for the summer.
GNUCCI BANANA – FAMALAM JAM (prod. by SCHLACHTHOFBRONX) by GNUCCIBANANA

So the German kings of booty shaking bass music did a cribs episode with MTV Iggy. This is notable for many
reasons, we love Mtv Cribs especially the Redman edition and it just happens to be a hotel complete with wonderful artwork.

FYI that Damon Dash episode of cribs when he is showing off his london flat is actually a hotel as well.

Whatever is good for early 2000’s Rocafella is good enough for SCB.

Not only have they released one of the tunes of the summer (aka “that horn track) Chambacu, SCB also decided to drop some wicked dancehall edits for free since they reached the 10k mark on facebook. These edits include both versions of Phat Punani, Strange Face and Bedroom Bully amongst others.

You can grab them over at their soundcloud.

So this week and next week sees 3 releases that we are very keen on here at HDD.
The first is Serocee whose single Oh NA NA came out on monday. It’s produced by legendary producer Tony Kelly ( 4 time grammy winner) and shaping up to be a dancehall smash.

The second is Trrbo and Cat People’s remix of English Money. This remix elevates the og into some whistful live young leave a beautiful corpse minimal dance shit. That’s an odd description i know but i really like it a lot.

Third of all it’s SCB release of Chambacu (Video above), features remixes including past HDD guest Smutlee. Trust me the selection of remixers is stellar and its perfect for the summer.