We don’t know what’s exactly in the water right now but various influences came together at the same time for this riddim mix to happen. First of all you have Spooky‘s Coolie Joyride EP out on Oilgang records, look out for the refixes especially the Samename one. Then you have Spooky’s mix for Mixpak where he showcases his favourite examples of Grime and Dancehall meeting up. You also have last year’s 10 year anniversary of Grime, Oil Gang’s reggae mix he sent us, Slackk and Murlo’s work ethic and Natalie Storm Boys for Breakfast being used by Adidas for their latest campaign(see above). Then there was the tease that we are finally going to hear the sequel to Showa Eski called Showa Step. All of it combined to make us want to do a riddim mix combining the two riddims and cuts from Donaeo, Kano, Ward 21, Natalie Storm, Einstein and the man himself Wiley. Shout out to Commander B for making Pum Pum riddim and Prodigal Entertainment for the riddims themselves.

There’s no doubt that both DJ Zinc and A-Trak know how to make a club banger, and the re-work of their collaboration track Stingray is no exception. The Re-work Like The Dancefloor features dancehall artist Natalie Storm on the vocals. It’s been a minute since we have heard Natalie on a funky bashment track, and we are happy she is back on the scene. The video features the crew rolling around Notting Hill Carnival and boy does it make us nostalgic. We are predicting big things for this one – could it be the next Wile Out?! 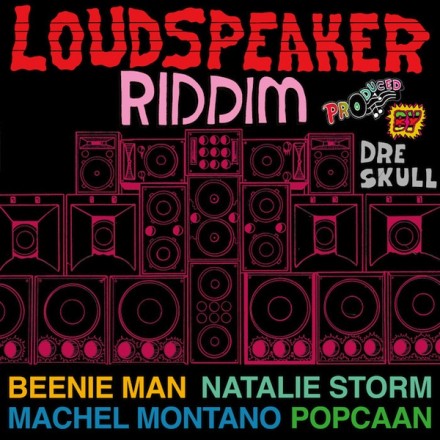 We are big fans of Dre Skull at HDD HQ and could barely contain our excitement when we heard that Mixpak was due to release a brand new riddim from him featuring some of our favourite artists on vocals. The riddim has hints of groovy soca mixed with that special Dre Skull sound and features dancehall artists Beenie Man, Natalie Storm, and Popcaan alongside Soca’s biggest artist Machel Montano. The riddim will be available from Mixpak on May 22nd, and you will definitely hear us playing some of the cuts at our events this summer.

Natalie Storm’s mixtape ‘Songs to F@#k and Fight To‘ presented by Federation Sound and Prodigal Ent dropped this time last year, and here is the video for one of the mixtape tracks ‘Hotta’ produced by Ward 21 (who cameo in the video). This is a fun, colourful video which reflects Natalie’s personality and shows you can create an visually exciting video without a huge budget.