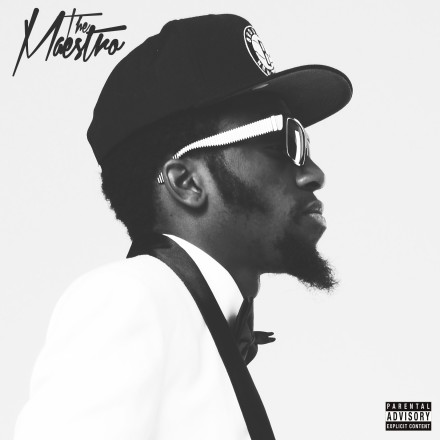 It’s been a while since we have heard from Ricky, he released an EP on FOOLS GOLD! Since then we have been waiting for something new and it finally arrived in the form of this new mixtape and it’s an interesting ride.
I have found issues with Ricky before and his use of autotune, i tended to find him extremely harsh at times, on this tape that isn’t a problem. Ricky sings each song in a similar pattern which can get a bit grating after a while but he is an artist that is improving. This mixtape sees him use nuance in a way that reflects a change in hip hop and r and b and also his best work (Production on Hold Yuh).
If you can overlook Jim Jones’ very odd use of Basqiuat and some very obvious musical cues (we need a dubstep song, we need 1 for the ladies) this is a good mixtape from an artist that is experimenting in a very organic way. Unlike his peers who seem to be comfortable living in whatever trend is now, Ricky expands on what he feels is right.

Whilst a lot of the new female rappers beef with each other, we suddenly hear this new banger from Tink. Who is Tink? She is a 17 year old rapper from Chicago who just released her latest mixtape Blunts and Ballads. Fingers up highlights her various styles, singing, double time and one hell of a chorus.

One of the most anticipated debuts in hip hop in a long time, the 22 harlemite A$AP releases his first mixtape to the world. The production alone reads like a who’s who’s of some of the best producers around including Clams Casino, Dj Burn One and 17 year old A$AP Ty. It really is a mixtape that shows where hip hop is heading in the next few years, sampling from everything in a manner we haven’t seen since Premier and Co fell in love with jazz back in the day. We featured Peso in our first ever HDD Hangover mix last month.

You can grab the 16 track Mixtape (cough album) here. 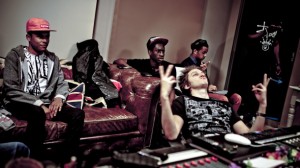 Toddla recently hooked up with a ton of young producers for this mixtape in collaboration with Red Bull. One of those guys is June guest Lukey! Congrats man the song is wicked with Shadez Tm spitting a nice verse on top as well.
Red Bull Mixtape Volume 1 – Toddla T by Red Bull Studios London