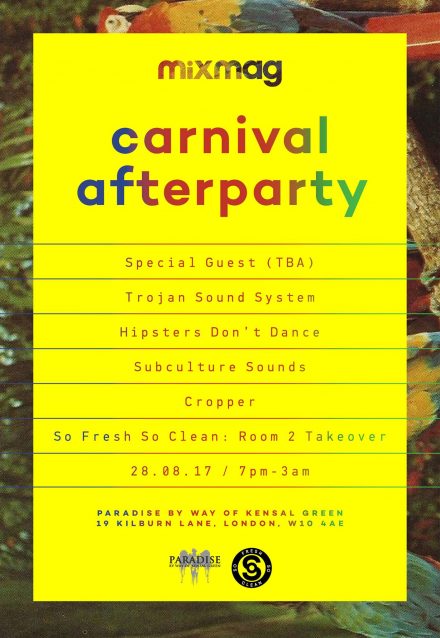 Mixmag are hosting a carnival after party on Monday 28th August at Paradise which is a stone’s throw from the carnival route! We’ll be djing alongside Trojan Sound System, Cropper, Subculture Sounds plus a very special guest in the main room, with So Fresh So Clean holding it down upstairs. More info and tickets here. 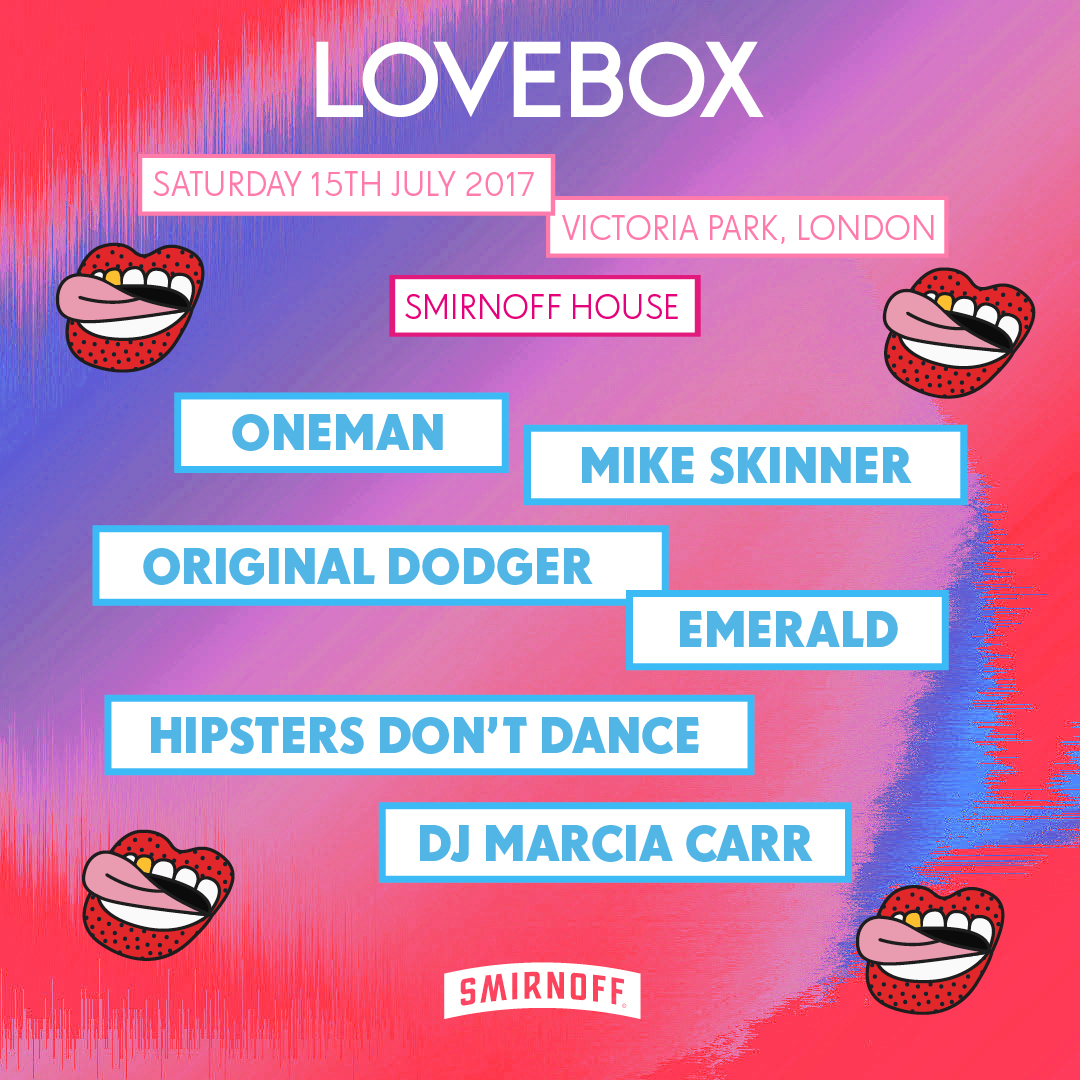 Delighted to be part of Saturday’s lineup for Mixmag x #Smirnoffhouse at this year’s Lovebox Festival, alongside Original Dodger, Oneman and more. Check out the official website for more info. See you in Victoria park on Saturday!

HDD at The Smirnoff House 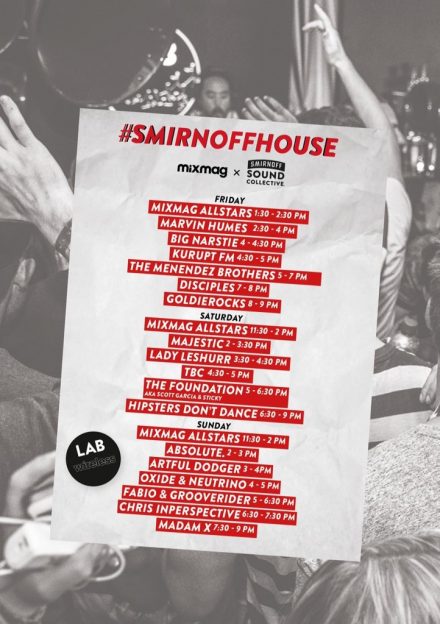 Mixmag and Smirnoff are getting together to present The Smirnoff House at Wireless Festival this weekend. We are so excited about being on the bill, catch us there on Saturday and don’t sleep on this lineup! More info here. 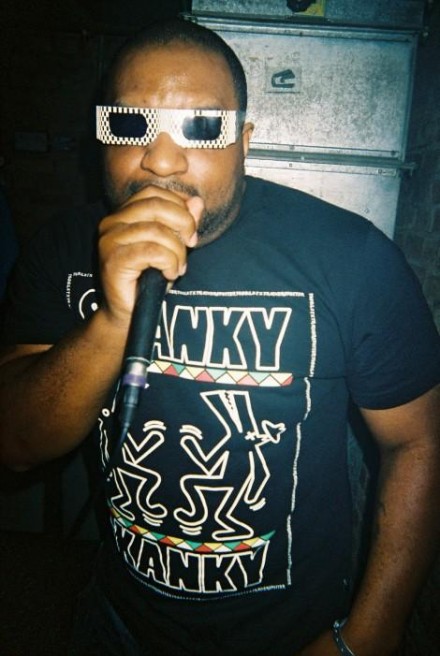 The homie Serocee is back with a new tune that is sure to make me want to break the unauthorised pull up rule. It premièred on Mixmag a couple of days ago and it’s a dutty banger. It got Sero’s amazing flow, amazing bass and some sultry samples. 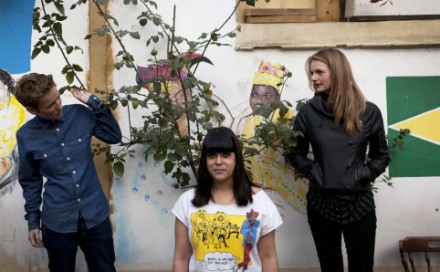 It has officially been one year since Kazabon, The Large and Why Delila joined forces to bring you Style and Swagger and what an amazing year it has been! Style and Swagger began on Reel Rebels radio, moved to NTS, djed on the same bill as David Rodigan, played to a sea of people at Notting Hill Carnival on the Extra Stout Soundsystem, were interviewed for a feature on Dancehall in Mixmag, recorded an exclusive mix for Mixmag.net and were interviewed by Time Out London all in 2011!

Check out the latest show from the selectors, which features their favourite riddims and dancehall tunes of the year in a two hour Style and Swagger special. 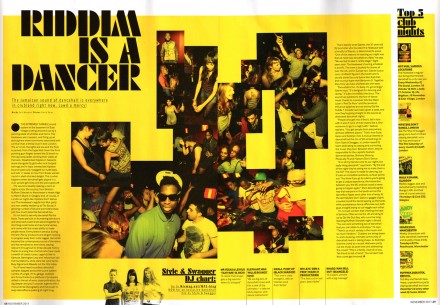 The November issue of Mixmag features a piece on the rise of Dancehall in clubland by Seb Wheeler expertly titled ‘Riddim Is A Dancer’. HDD residents Kazabon, The Large and Why Delila under their Style and Swagger guise were interviewed alongside Gabriel Heatwave on how they see the scene. Here’s an excerpt from the piece.

A lot of my friends come to our nights not really liking dancehall, says Karen by the end of the night they’re asking me to make them a mix CD! The sound is made for dancing but it is also an incredible spectacle, as Suze points out. You know if you go to a dance you are going to get a unique experience; the interaction between you, the MC and the crowd is never going to happen again. She’s describing the way that everyone in the booth and on the dancefloor hypes each other into a frenzy. At the last Hipsters Don’t Dance a gaggle of girls crowded round the decks lapping up the tunes while spontaneous dance-offs broke out, both guys and girls trying to out-wiggle each other.

We were delighted to have HDD so well represented in the piece and want to thank Mixmag for listing us as one of the top 5 dancehall nights in the UK.

Grab yourself a copy to read the piece in full and to check out Style and Swagger’s DJ chart. The girls also recorded this exclusive mix for Mixmag.net

Style & Swagger – Riddim is a Dancer! by Mixmag