Two of soca’s biggest stars Bunji Garlin and Machel Montano have collaborated to give us the amazing Buss Head and the video has just dropped (You may recognise this one from our Fact Mix). The pair were formerly rivals so this tune is a very big deal!

Not only is this a great tune but it also carries a big message. In Bunji’s words “This song and video was made to showcase the beautiful culture of our Twin Island, an aspect rarely seen by the outside world” . It was inspired by the ancient martial art Kalinda which came to Trinidad from West Africa. In 1884 the Kalinda stickfighters defeated a British contingent who tried to abolish Carnival on the island. Bunji feels “It translates into my story and your story and everyone’s story, because we all have that battle to face to save something.”

Read more about the video over on The Fader. 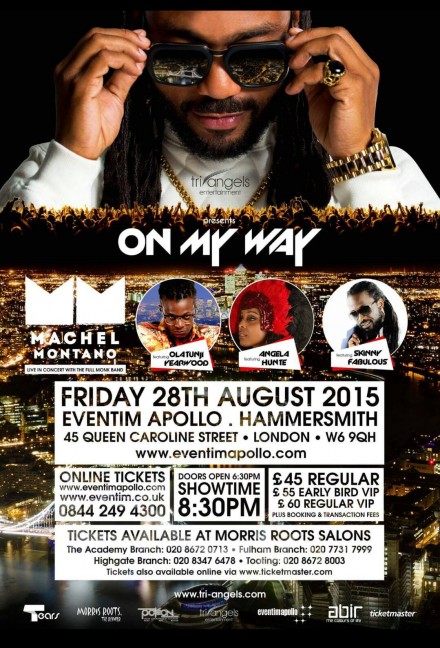 T&T’s soca superstar and HDD favourite Machel Montano is bringing his On My Way show to Hammersmith this on Friday 28th of August and he’s bringing Skinny Fabulous, Olatunji and Angela Hunte with him. This one is not to be missed and will definitely get your carnival weekend started right. More info and tickets here.

These two are continuously shelling it in their respective genres and when they join forces it’s no different. We predicted Remedy would be a grower when we posted the lyric video back in October and adding Shaggy has given it the push it needed. We are loving this refix of Remedy!

Machel Montano’s first offering this scoca season comes with a really nice lyric video. Nice sing-a-long bits in this one and we can see it being a grower.