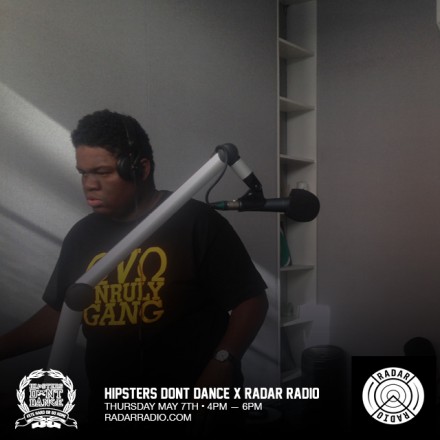 Last Thursday we went back to Radar Radio for our latest fortnightly radio show. World Carnival MADNESS with a strong mixer of Soca.

Watching the excellent Future Sounds of Mzansi Doc a few months ago reminded us of the importance of Township Funk. Not only was it a song that helped bring western eyes to the myriad of SA house vibes but also crossed over all types of dancefloors in the UK. I remember in particular being at an 2nd to last Babyshambles gig which also happened to be a rave and that song destroying the dancefloor. (It got a better reaction than the Burlesque dancer who was on earlier).

That’s not to say African Scream is the new Township Funk but i can see it crossing over all dancefloors in a similar manner. The High Pitched vocal, those kuduro drums and that xylophone just draw you in. You kind of don’t want it to stop, instead wishing to stay in the pocket for a while.

It makes sense that Enchufada are releasing it, Lisbon is the wave right now. That recent Boiler Room is another example of how much fun it all is. London will eventually catch on until then, lets do like the kids in the video are doing and dance.

Brand new goodness from Buraka. Another great visual these guys really have it going on. Also peep their new fashion label

Simply stunning. All Gaia Beat everything. The only issue with this is it is so harsh to mix in.

Every week the excellent So Shifty guys will bring you a performance that they deem #unf*ckwithable. You can give them suggestions on twitter just using that hashtag but ultimately they will decide. This week’s edition is from Kasyl & DJ Sottao and their Kuduro pop jam Danca De Karina.