New music and a banging video from Gnucci in the form of her new single A.Rab, it’s even got Rizzla and Jubilee on the remix…..what more could you ask for?!

A while back we posted a video of Gnucci performing the og of Goodah but this week she released the remix which features some of the baddest mcs from around the globe; New York’s ‘Mistress of Ceremonies’ and one half of Electric Punnany Jasmine Solano, Brazil-via-Brooklyn’s Zuzuka Poderosa and London’s Lady Chann, accompanied by Swedish vocalist Nadia Nair on the chorus. Download the track for free here.

When Gnucci sent this track to us a week or so ago we raved about it on twitter. It dropped on soundcloud this week and we waited to post it (it’s been a hectic week), thankfully we did because this live performance is aces. So here is Gnucci performing on Dutch radio for a group of fans. Goodah sees Gnucci on a Lady Saw slackness rip which always gets a thumbs up from us. 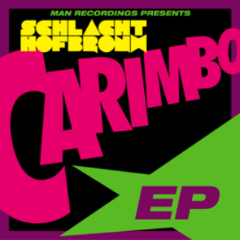 The video for the summer fam bbq dropped and it’s lovely. Featuring an array of great kicks (always a bonus in our books) Gnucci and Spoek strut and dance their way through the streets. Make sure you get familiar.