One of the most fun videos we have seen for a minute. Jhene kills it and it’s good to see that Omarion’s ice box has finally melted and he’s back on form (even Chris Brown is on form here). Watch out for the Murder She Wrote interpolation complete with weird bogle from Brown and that fun, infectious head sway.

If you have been keeping up with us recently you know that we have been bumping this one at HDD HQ for a while, and it now has a video. Giggs delivers his best verse since “Look What The Cat Dragged In” and Moelogo goes Leftside/Dr Evil with the weirdest MJ Shamone since Bo Selecta  His Chris Brown and Trey Songs impressions are pretty good though but at the end of the day its Moelogo who’s the baddest! 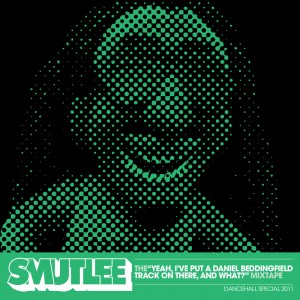 The title of Smutlee‘s latest mixtape (The “Yeah i put Daniel Bedingfield track on there, and What?” mixtape) is something that has caused some interesting debates between myself and other dancehall fans. Can someone who we all know as that guy that had that big garage track come around and be that english guy singing on the latest riddims. For some they dont wish to differentiate between Gotta Get Through This and the man who sang over one of the biggest riddims this year (Overproof riddim). I am all for him being in dancehall, he can sing and has the ability to craft a great song and he seems to be hustling on the same level as everyone else. He isn’t doing a reality TV show following him around Jamaica trying to make it (I hope not, don’t steal that idea TV people).

Anyway the latest Smutlee mix is a wonderful balance of dancehall, dancehall and hip hop and he finished off with some funky bashment as well. It’s what you would expect from a Smutlee set at HDD so it’s perfect for us.

Look At Me Now

So we posted the hot 97 version a couple of weeks ago but we had to post the official video because it has Diplo break dancing, Chris Brown dressing up like Spike Lee and everyone wearing starter jackets and lots and lots of fitteds.

Chris Brown – “Look At Me Now” Music Video from Get Noticed Media on Vimeo.