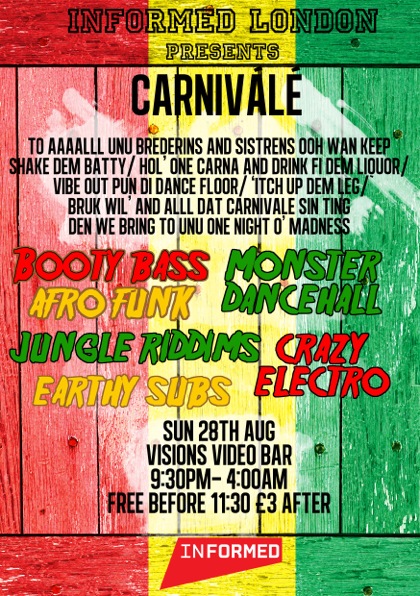 You can catch HDD DJs, Kazabon and Hootie Who, at this carnival afterparty hosted by Informed London. The intimate atmosphere combined with a wicked selection of DJs (including past HDD guest Lukey) it is guaranteed to keep the carnival vibe going. The party is even sponsored by Old Jamaica ginger beer, what more could you ask for?!  Check the facebook event page for more details. 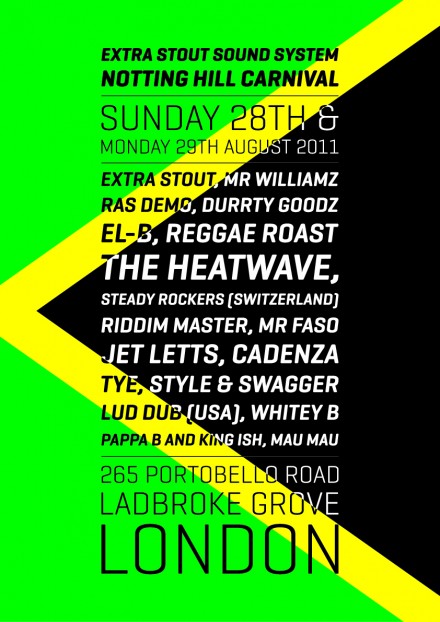 Style & Swagger (aka HDD residents Kazabon, The Large and Why Delila) have a busy weekend ahead: On Saturday night they will be at Mudd Up at Open The Gate in Stoke Newington, on Sunday they will be hosting a carnival edition of their NTS radio show from at 1am, and on Monday they will be bringing their carnival soundtrack to the Extra Stout Sound System  from 5pm – 6pm. This soundsystem boasts a huge lineup over Sunday and Monday and a little birdy even tweeted that Stylo G may be stopping by on Sunday. To help you find your way check out Timeout’s soundsystem map.

Have a listen to the last Style & Swagger show for a taste of what’s in store!

We were thrilled when the opportunity to do a mix for Tropical Waste came about. We wanted to do something especially for carnival. So here’s our World Carnival mix just in time to get you amped up and ready for whatever this year’s Notting Hill Carnival has in store. Its an hour of tunes (mixed live) inspired by carnivals around the world. We tried to fit in variety of genres that reflected the unadulterated joy of carnival. So from South African house to Chicago Juke to so good old London Grime, we have it all. 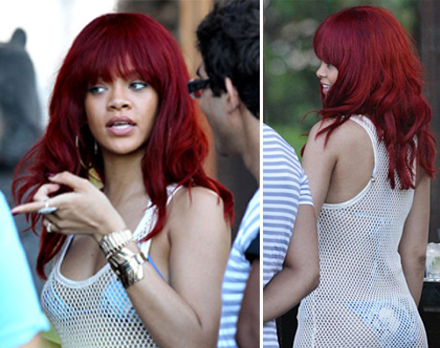 As carnival approaches, we thought Rihanna would be a fitting style icon. She was seen earlier this month in a carnival costume in Barbados  and was spotted last month sporting a string vest as a beach dress. Yes Rihanna was wearing her string vest in the Miami heat, but here’s how to wear a string vest on the streets of Notting Hill (or wherever you choose to spend carnival weekend).

END_OF_DOCUMENT_TOKEN_TO_BE_REPLACED 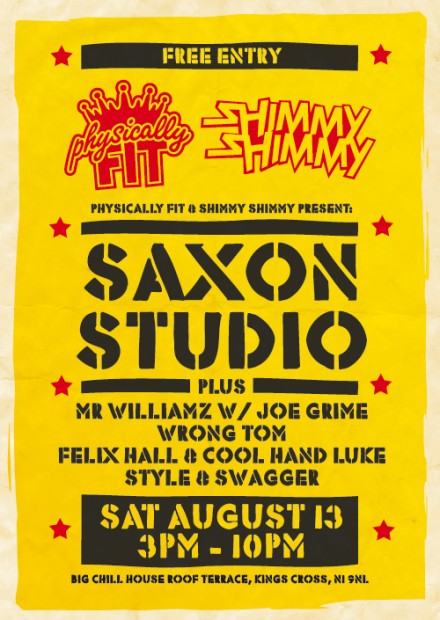 HDD residents Why Delia and The Large are joining forces under their Physically Fit and Shimmy Shimmy guises to bring you an afternoon of dancehall at the Big Chill House roof terrace in Kings Cross. Headlining the event is the legendary Saxon Studio whose members include such greats as Maxi Priest, Tippa Irie and Papa Levi. Check out Papa Levi and Daddy Sandy performing at Notting Hill Carnival in 2009 for a taste of what’s in store.


Also on the bill is MC Mr Williamz who will be joined by past HDD guest Joe Grime on the ones and twos, Wrongtom, Cool Hand Luke and Felix Hall, and of course Style & Swagger.  If this line up isnt enough to get your taste buds going, there will also be a BBQ on the roof terrace. For more info visit the facebook event page.

Why Delila and The Large have put this selection together in preparation for the event, their mix features some of the biggest tunes from the artists on the bill. Enjoy!

Tim Westwood, what can you say about him that hasnt been said already. The big man has been trending on twitter recently with the comments mainly being i hate him or i hate him and he is a legend. For me he is a legend someone that ahs done more for hip hop in the UK than almost anyone else. Yes he may be white and a son of a vicar but what has that got to to with anything that’s more a symptom of other people’s narrow minded view of hip hop. they say he acts black, as far i am concerned he isn’t. He is acting Hip Hop, on his show he dials it down but when in front of a television camera he dials it up and that’s where most of the hate is from.

One of the many great things he has done is upload some of his footage from his carnival stage show from the mid 90’s. I recently chatted to an older family friend and he told me that his favourite Carnival moment in 20 years was watching Jay Z before he made it big. And here is that video of a Du-ragged Jay-Z looking a lot less cool than he does now. It’s weird to think that certain moments crystallise musicians but according to 1 youtube commentator this is his/her moment realising that Jay-Z is a star.