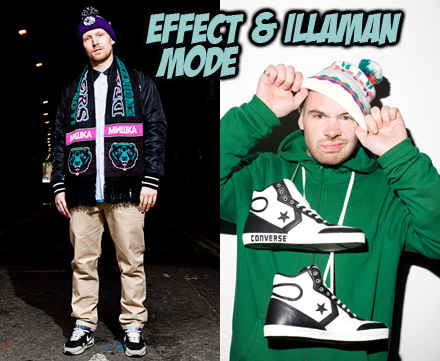 Welcome to the third post in the HDD Rep Your Creps series, where it’s all about the creps/kicks/trainers/runners/sneakers that our favourite DJs and artists are rocking. This time around trainer heads Effect Mode and Illaman take some time out from their busy schedules to share their choices with us. As you can see from the pics above their taste in kicks is exsquisite (Above: Effect Mode aka Jamie Tomb Crew from the Mishka fall 2011 lookbook and Illaman from the Mixmag fashion feature on DJs and trainers).
We are really looking forward to Effect Mode and Illaman joining us at Hipsters Dont Dance February Session where they will performing tracks from the Effect Mode project live for the very first time.

What creps are you wearing right now?
Illaman These bad boys (navy Nike Air Max 1s pictured below)
Effect Mode I just got home so I’m in some pimp pink and white fluffy zebra print duffer st george slippers that look like vans. Yeah I said it! But I’ve wearing the Black / True red Nike sb’s from about 2003 today. 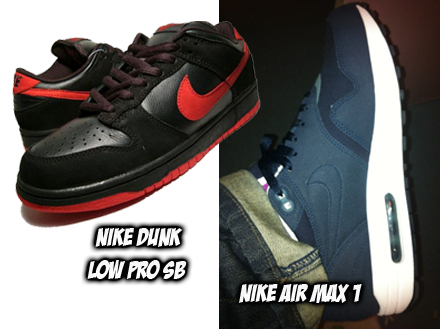 What are the most comfortable creps you own?
Illaman I’d have to say the Air Max 1s in the pic. I know they’ve become a lot more popular recently and they are only my 2nd pair and they are super comfy.
Effect Mode My New Balance 670’s. Total non flashy comfort and they look amazing. Made in England too!

What creps do you chose for stage/shows?
Illaman I really like my Skechers flip flops for shows

No I’m kidding I like Jordan 4’s as they seem to keep shape the best of all my shoes even though I jump around like a pratt onstage.
Effect Mode You’d normally find me in a pair of vans. I’m super paranoid about people stepping on my feet when I go out, so my nice trainers don’t really have much of a nightlife. Although my Ben Drury “hold tight” air max 1’s tend to come out quite a bit, they just wipe clean so easily! 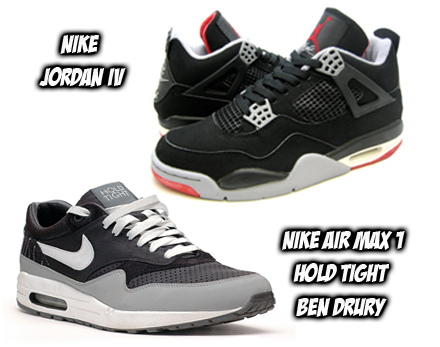 What are the ultimate dream creps?
Illaman Ultimate dream creps would beeee… Ones that NEVER lose shape, ever.. And with a power point in them so I can charge my phone so I can tweet nonsense about Harry Potter and Robocop.
Effect Mode Jordan 3 in black cement. It’s pretty standard to love those kicks, but they’re just so sexy. Also im lucky enough to own the Stash Air Force 1’s london version which I love as well. 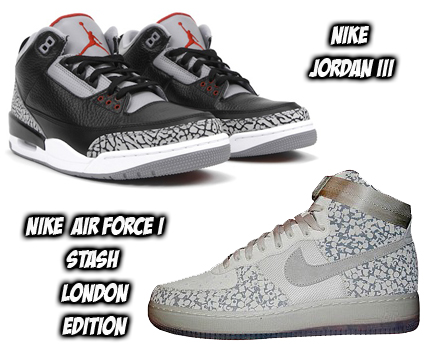 What creps do you like to see women in?
Illaman Small ones, I hate a long foot chick and NO Skechers….. EVER!
Effect Mode I once saw a girl in the Carolina Blue patent Jordan 1’s. I almost married her on the spot. Otherwise Air Max 1’s look great, little pumps, vans…it’s all good! 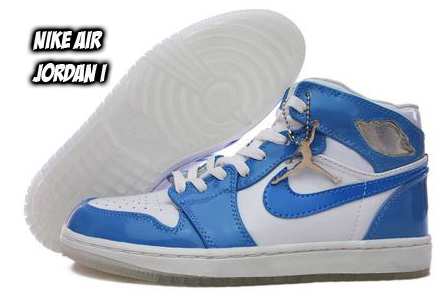