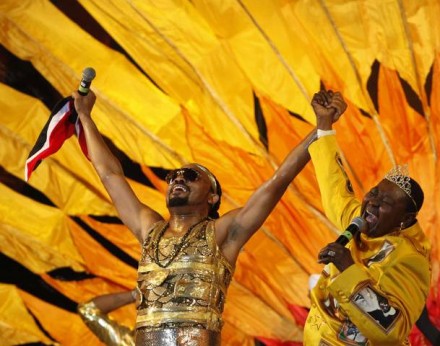 For those who don’t know Machel is the King of Soca, winning the Soca monarch prize numerous times. When Nicki Minaj filmed her latest video (Pound the Alarm) she called on Machel to recreate the vibe of Carnival. We have it on good authority that those dancing scenes were mainly soundtracked to Machel’s hits rather than her own track. So here are our top 3 reason not to miss Machel’s performance under the Westway.

His Performances
You don’t get to be in the music industry for 30 years and not know how to put on a live show and boy does Machel know how to do it. He has sold out Madison Square Garden in New York and performed across the world, we decided to pick his last two performances at Soca Monarch.

If you want to read more about him make sure you check out either The Large’s interview with him,  The Fader feature on him, or this New York Times piece.